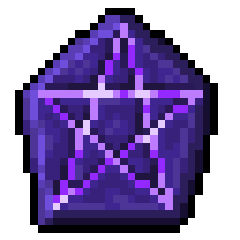 Which charms are the best for each vocation?

February 04, 2022
HomeBlogWhich charms are the best for each vocation?
Tips
Article

Choosing charms is always a tough decision. Since completing bestiaries for charm points is not much of a fun grind, you have to choose wisely how to spend them. If you don't, you might suffer from your bad decisions in the long term.

Every charm is good, but some are more important than the others. This is the case from both a generalist and a niche perspective.

These frequencies were analyzed across over 200.000+ characters from our Char Bazaar history database. Only characters with at least 1 charm were considered

Elemental damage in Tibia isn't completely balanced like rock paper scissors. You can argue that some elements are better than others, but the best elements will always be shifting as the meta changes with new updates.

If you're looking for bonus elemental damage, Freeze

and Zap are excellent overall choices. This is because ice and energy have been historically good against most relevant creatures. If you are not planning on hunting some specific creatures in the long term, you can't go wrong with them.

Another great pick is Wound

. Not only physical damage is neutral against most of the game creatures, but this charm is also really cheap, costing only 600 points. The only drawback is that you will be using it mostly for the bonus damage itself, not the bonus elemental damage.

The other charms have more expressive downsides, which explains their lower popularity. They will depend heavily on your vocation (as we will discuss later) and the type of creatures you will be hunting:

Arguably the best charm in the game is Dodge

The main point of it is enabling your character to hunt in harder places earlier. This charm can really make the difference, especially for lower levels. The only disadvantage is that it's utility scales backwards as your character gets stronger, but later in the game you will have more charm options to use anyway.

can be good, but only against creatures that have:

The most classic examples of this are: Frazzlemaw, Dark Torturer and Grimeleech

To benefit the most from this charm you must be using the Powerful Strike imbuement. Low Blow will then increase your critical hit chance from 10% to 18%.

In order to decide if Low Blow

is good against a particular creature, you need to compare it's damage against an elemental charm. Since it boils down to a mathematical problem, we prepared a calculator to help you find out which one would be better:
Low Blow + Powerful Strike

A few other points that you should consider about Low Blow:

and Void's Call are both really expensive, costing 1500 points each. Even so, they bring very little benefit if compared with other more popular charms. Unless Cipsoft buffs their life and mana leech %'s, they should be avoided as noobtraps.

Still, Cipsoft should be careful about buffing those charms: a slight buff could overtune their numbers and they would then become overpowered for super high level characters.

Underrated by many players, Adrenaline Burst

can actually be great in some situations. The speed increase lasts 10 seconds (twice as long as utani tempo hur) and this can help you a lot when moving between boxes in a hunt. Just make sure you use it against creatures that spawns in low quantities (like Frost Flower Asura at Asura Palace or Arachnophobica at Winter/Summer courts)

It also can be useful in PvP situations and/or running around dangerous places. Cripple

, Numb and Cleanse were also supposed to fill this role, but it's hard to recommend these charms to anyone. Their effects are neglectable, to say the least.

. Since skinning is an outdated and inconvenient game mechanic, Scavenge is the second least popular charm of all.

The actual least popular charm of all is Bless

. This one is useless for practically all cases and we don't recommend anyone to use it all.

General charm progression for each vocation

We crunched down some numbers from or own Char Bazaar database and managed to find a general trend for the order that each vocation acquired their charms:

Then, two paths options were observed:

What about charms in Rookgaard?

Normally, you wouldn't be able to unlock a charm in Rookgaard. If you completed all the bestiaries available on the island, you would then have only 196 points, which is not nearly enough.

Still, we found out 26 rookstayers auctioned in the Char Bazaar that had charms unlocked. Those charms were obtained in mainland, and then those characters were sent back to Rookgaard (on purpose or not 😛).

The other charms were mostly elemental charms. The maximum theoretical hit using them in Rookgaard would be 6, with either ice, earth or death:

Before we finish, let's just remind you that we didn't cover some other really important aspects such as your playstyle:

Those should always be factored in before deciding which charm to acquire! All we did here was analyze data from the Char Bazaar and try to figure out some trends and statistics about charms.

We hope this article was helpful and see you next time! 🧙